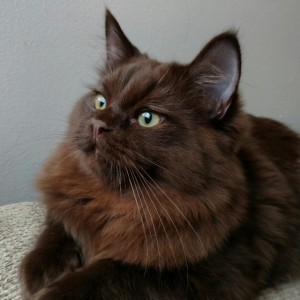 Solid, Mink, Sepia and Cinnamon Ragdolls at our cattery are SBT – TICA registered. They have the same characteristics and personality that the Traditional Ragdolls do in every way. These true Ragdolls are not a new breed, they have been around since the beginning of the Ragdoll breed. Josephine the mother of the breed gave birth to Solid black and Pointed kittens. Only the pointed were chosen to represent and promote the Ragdoll breed standard, however one mother cannot give birth to two separate breeds in the same litter. Thus the Solids were just as much Ragdoll as their Pointed siblings. 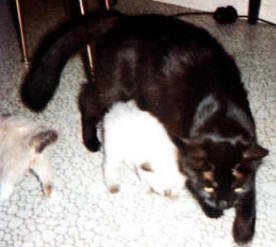 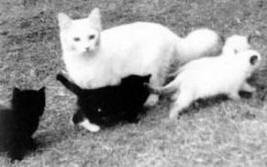 Unlike Traditional Ragdolls which are born white, Minks are born with full color and pattern. Minks still come in all the traditional colors and patterns. The coat of a Mink is much smoother and even softer than the Traditionals and they have an even darker and richer all over colored coat. The body of a Mink is just a shade lighter than their points. ink Ragdolls have Aqua blue to Aqua green colored eyes and some have the rare blue eyes. To produce a Mink , one parent must be a mink, sepia or solid.

These kittens are substantially darker than their Mink  littermates and have a plush coat. Their eye color is usually green/gold and sometimes even bluish or odd eyed. Sepia’s are also born with full color and pattern.  Both parents must be Minks to produce a Sepia or one parent is a Mink and one is a Sepia or both are Solid colored.

(Sorry we do not breed Sepia’s)

Solid Ragdoll are the darkest and highest contrast of all the Ragdolls.  Solids are non pointed and often referred to as “self – colored”. The body color and point color are all the same, a single color throughout. Solid Ragdolls eyes can come in all colors with preference being given to green and they can carry the same overlaying coat patterns. A Solid can only be produced if one of the parents is a Solid.  However Solids can carry the traditional pointed or mink gene but not both. Solids that do not carry one of those genes will only produce solid kittens.

The cinnamon gene is a mutation of the gene responsible for producing black hair in the cat. An “allelic” group includes differing mutations of the same gene. In the cat this particular  allelic group includes black (B), chocolate (b) and cinnamon (b’). Black is the dominant form of this gene, cinnamo n the recessive and chocolate behaves as recessive to black and dominate to cinnamon. We all have two copies of each gene – one from mom and one from dad. So what this means is that if our kitty gets the dominate black form of the gene from one parent, then regardless of what came from the other parent the cat will be black (BB, Bb, or Bb’). With no black gene but with one or two copies of the chocolate gene the cat will be chocolate (bb or bb’). The only way to see the cinnamon color is for the cat to have two copies of the recessive cinnamon gene (b’b’). A cat’s “phenotype” is the way it looks and it’s “genotype” describes it’s actual genetic makeup for particular pairs of genes. The ragdoll kitten on the left phenotypically is a solid cinnamon mitted and genetically is b’b’. The kitten on the right  is a solid chocolate bicolor and this particular cat is bb but would look the same if he were bb’.

We are one of a small handful of breeders here in the USA, Canada and Europe that are choosing to carry this beautiful color in Solid, Mink and Pointed. These are SBT Ragdolls, the same registration in TICA as the Traditionals.